Ghosts of writings past

Wow... Today I was meaning to type "hotmail.com" into the URL entry in Chrome, but instead I typed in my hotmail account (which I use for email lists, etc. to avoid spam in my personal account).  What came up as a result of the Google search was a list of websites containing fan fiction that I'd written over 15 years ago.  That's when I was a fan of a Canadian series "Little Men" inspired by the Louisa May Alcott book.  I was also a fan of "The X-files" and was a few years past my "Star Trek: The Next Generation" phase.  I wrote fan fiction - poetry and short stories - based on all these shows.

Seeing it all pop up again after all these years is a little surprising... and a little embarrassing.  But I have to say that I'm impressed by some of the stuff I wrote.  Why I never chose to write more seriously is a bit of a mystery since life always takes me back to writing, but I've never been very good at coming up with original ideas.  Even now, whether I write, work or explore my artistic talents, I do better at bringing other people's ideas to life and expanding on them than coming up with my own ideas.

Here is one of those long lost poems that popped back up.  It was a fan-fic "alphabet" challenge:

A fortnight ago,
By the light of a silver moon
Came to me a vision:
Dancing by the forest's edge,
Ethereally aglow,
Faint traces of starlight
Ghostly passed by my window.
Had it been only a dream?
I shook myself.
Jewelled starlight appeared to guide me.
Knowing that vision calling,
Late did I steel outside,
Minding I not wake the others.
Nick appeared at my side,
Open to the spectre before us.
Plumfield was a vague moment in time,
Quietly sleeping behind us.
Rustling leaves beckoned,
Stirring the warm wind,
Taking us to a magical place
Underneath the night sky.
Visions passed before our eyes,
Wanting us to know our truth.
eXhaling, we turned to each other,
Yesterday's distances forgotten.
Zigzag courses are now set straight.
Posted by Tytanima Press at 16:03 No comments:

This year, I will have completely filled a journal for my son.  It's a record of firsts, events and memorable quotes from the first 8 years of his life.  Along with the thousands of photos that I've taken of him over the years, the journal provides a glimpse back at his life and how much he's grown and changed.  I found this Q&A book recently which is another way of capturing a glimpse of your child's thoughts over the years.  It's a fun way to find out how quirky your kid's imagination can be, or it can be a conversation starter.  Some of the questions may also reveal things that bother your child that they may too afraid to mention. 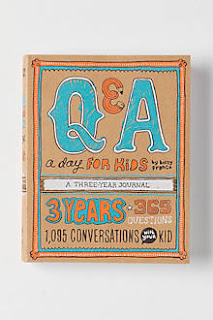 My son and I sat down together to answer some of the questions.  The challenge is not to guide the answer but let it flow freely from him.  Today's question was: "Have you ever told a lie?  If so, what was it?"  My son's answer: "No.  When I wrote 'no', that was a lie."  Clever...
Posted by Tytanima Press at 15:00 No comments:

Email ThisBlogThis!Share to TwitterShare to FacebookShare to Pinterest
Labels: Writing

642 Things to Write About

So, it's been 2 years since I last posted to my blog.  I fell off the writer bandwagon...  With work and "real life" commitments (motherhood being the biggest one), the only way I felt I could juggle everything was to stifle my creativity.  I have kept a notebook and written down the occasional story idea, and I keep a journal, but to dedicate any part of my day to creative writing just seemed like a luxury I couldn't afford.  Maybe I still can't... yet... but I'm going to try to keep writing.

Step 1: As an early birthday present, I bought myself: 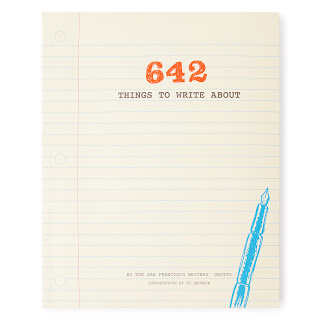 On any given day, if I don't feel like I can afford to let my mind stray too far from reality, at least I can take a quick break and let this book present the initial idea.  I can still get my writing fix, but there's only so much space for each answer, so I know I can't let my mind wander for too long.  (Of course, after writing my first answer, I felt cheated by the small box in which I was allowed to write!)

The first question in the book: "What can happen in a second?"

In one second, a seagull can fly by, night can turn to day, an orchestra can crescendo to a forte.  A friend can give a hug, or I can give my son a kiss.  I can savour a piece of chocolate, or finish creating a masterpiece.
Posted by Tytanima Press at 05:51 No comments: