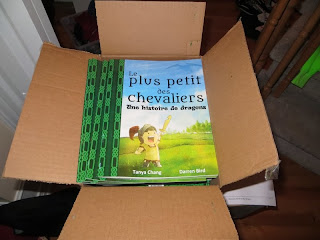 If you're interest in ordering either The Littlest Knight or Le plus petit des chevaliers, visit my Etsy store at http://www.etsy.com/shop/Tytanima .﻿
Posted by Tytanima Press at 07:08 No comments: